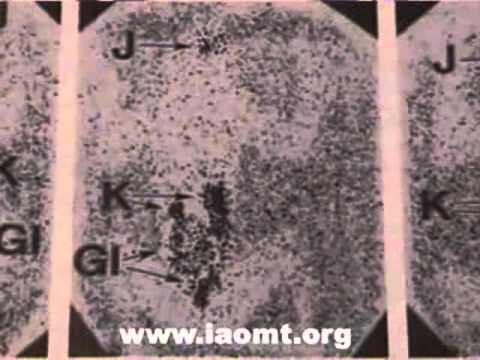 The media regularly portrays the pros and cons of amalgam as a dental filling material. However the fact that a poisonous substance should not be placed in the human body is not rocket science. All that is called for is common sense: a substance which is considered as hazardous cannot be good for the human organism nor should it be in the food chain.

Amalgam is a popular material – it’s cheap, easy to use and effective for filling dental cavaties. However, a small proportion of people who, under certain circumstances and often after a number of years, develop an adverse reaction to mercury. In the opinion of traditional medical practice and from the point of view of health insurance companies there is no proven link to health problems and amalgam filled teeth (with the exception of mercury allergy IgE).  Sufferers are branded troublemakers or at worst end up being referred to a psychiatrist.

We have been running an amalgam free practice since 1999, out of conviction. We are highly in favour of a maximal reduction of toxic materials, which have a detrimental effect on us and our environment. Prevention is always better than cure.

What is the chemical make up of amalgam?

Amalgam consists of  a mixture of various heavy metals, approximately 53 percent of which is mercury as a watersoluble binder as well as a high percentage of silver (40-70%) and mixtures of pewter, copper and zinc. Traces of the following metals can also be in the mix: nickel, palladium, indium, cadmium and platinum. Mercury is released in the form of vapour (80%) and as metalic ions. After 5-7 years 50%, and after 20 years 95% of the mercury contained in a filling is vapourised.

Amalgam has always been a source of controversy. In 1528 its use was started in Europe, in 1826 its use spread from Paris over all of France to New York. Even at this time sceptics warned about its use in patients´ mouths. In 1840 the use of amalgam was forbidden in America, the ban was lifted again in 1855 following massive intervention. The German chemical analyst Prof. Alfred Stock had written several works in the 20´s and 30´s on the effects of mercury on the human body and had classified it as poisonous to the nervous and immune system. He came to the conclusion that the use of amalgam in dental practice should be avoided altogether. “In all probability it will be established that the thoughtless use of amalgam as a dental filling material amounts to a serious crime against humanity.” In Europe the argument continued and resulted in a ban on amalgam in 1985 in the then Soviet Union. Since then Japan (1982), Sweden (1999) and Finland have ceased to use it as a dental filling material.

An interesting fact is that all bespoke scientific and toxological magazines acrosss the globe leave no doubt about the poisonous deposits left in the body by amalgam and other heavy metals.Yet dental journals defend amalgam and claim it is non-poisonous and safe for use in the oral cavity. All typical symptoms of chronic amalgam exposure such as fatigue, depression, listlessness, aggression, dizziness, memory loss, oral infections and diarrhoea are never linked to amalgam poisoning. Assertions such as: “The huge amount of mercury in our food negates any significance of amalgam as a dental filling”, -are common arguments made by advocates of amalgam. Because this chronic form of poisoning is slow to present, the link to mercury is often difficult to establish. Sometimes symptoms don´t  appear for years or decades.

Modern immunology and new laboratory tests make it easier to glean evidence. All dental practitioners must adhere to strict hygenic guidlines when handling amalgam. Amalgam residue has to be disposed of as hazardous waste. It is not understandable why amalgam fillings are tolerated for use in the human mouth, and linger there for decades.

Mercury deposits itself principally in fatty tissue, such as the pituitary gland and gonads (ovaries, testicles). It is deposited in the cell membranes and leads to damage of the cell motor, the mitochondria. Due to ist affinity to SH groups it leads to malfunctions of the enzyme function. Mercury deposits encourage the formation of hydrogen superoxide, free radicals and lipid hyperoxide. These substances are damaging to our genotype and are carcinogenic. Mercury is also immune-toxic, which can lead to immunity weakness and promotes allergies, auto-immune diseases and rheumatic diseases. Of course all other metals contained in amalgam can also lead to health problems. Pewter for example is 100 times stronger than mercury as neurotoxin. The most common clinical consequential damage caused by amalgam are to be found in the ENT area, the tonsils and in the intestine. The mucous membrane mutates due to a change in germ colonization and this in turn leads to increased fungal incidence.

Amalgam sanitation – how it is carried out: